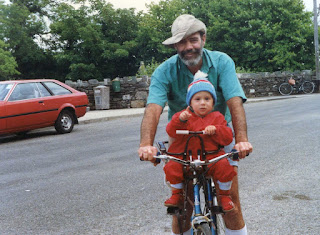 Max Muller, one of the founding members of Brushwood Studios Art Gallery, passed away on Sunday night in the wonderful care of the staff of Kerry general Hospital.

Born in South Africa to a German Father and English mother, Max spent his early years near Johannesburg. Before a fateful holiday to visit relatives in Germany would see his family trapped in occupied Europe for the duration of the war. His family returned to South Africa in 1945. He never spoke much about his childhood.

Max was always something of a rebel. A quality he admired in others also. Maybe this is what drew him to his wife Anne. They lived in the town of Durban where his son Etienne and daughter Jo-Anne were born.

Anne says "One day he returned from work in the insurance office depressed, because he had been promoted, and if he accepted, as he said, it would amount to a life sentence." Anne asked him what he liked to do most in the world. He said "Climbing in the mountains."

She persuaded him to do the irresponsible thing and embrace an uncertain, but potentially fulfilling life. They moved their young family to a remote and beautiful rift valley in the western Transvaal where Max and Anne founded an adventure camp (Sun Valley).

The camp revolved around rock climbing, remote trekking, kayaking and the like. It grew to become an integrated residential leadership course covering many aspects of group dynamics and interaction as well as communication techniques and how to work in teams. Eventually they incorporated drug rehabilitation and gave a temporary or even permanent home to many neglected and troubled teenagers.

Max was good with teenagers: he respected their energy, their enthusiasm, their recklessness, their ability to adapt and to endure, their powers of recuperation, and most of all what he called their potential. If a young person was striving with energy and joy toward anything purposeful, he was delighted.

Many of the residents of Sun Valley, 40 years later, were still in communication with him. He was a hugely charismatic and influential figure. Generous, especially with his time and energy. Max did not judge anyone harshly, and even marginalised young people felt accepted in his company.

Neither he nor Anne ever showed much respect for authority figures, especially if they were not worthy of it. This is partly why they managed the audacious lifestyle that they did. This is also why they left South Africa in 1976 after the Massacre of 600 unarmed high school students in Soweto.

An Irish grandmother on Max’s side from Glengariff enabled the family to obtain Irish citizenship. In 1977 they found themselves in Sneem, Co. Kerry.

It was with typical optimism and enthusiasm that he began to build his new life. Anne, an artist, supported the family with her watercolours. Max and his son Etienne built a gallery that, filled with Anne's, Jo- Anne's and daughter in-law Pam's art, would support the family for the next 35 years (and counting).

In middle age, he delighted in being a grandfather and could often be seen cycling around Sneem village with a small child on his handlebars. Typically with a cigarette in his mouth.

An avid gardener he used to spend hours in his vegetable garden. In old age, when long illness disabled him physically he would read a lot. Mostly non-fiction or philosophy.

He loved people, especially the ones that no one else would love. He used to pet stray dogs without a care for fleas. Goodbye Max. We loved you back.

William Dorling, Was a full time Sun Valley resident, and moved to Ireland with my family, he helped to build Brushwood Stuidios. Will was visiting us last week, and so got to see Max before he passed away. This is his tribute: Thank you Will you have been, and always will be, a part of my family.

Max never spoke much about himself so what one learnt of him had to be read from in between the lines and gleaned from conversations.

Two significant things enabled me to paint a picture of Max’s early life – Berlin and beetroot!  The fact that aged nine he was near Berlin with his mother in 1944 and that he hated beetroot because that was all there was to eat.  I can kind of picture the scene, but in black and white, bombed out devastated Germany in utter chaos and a young mother with two boys trying to get out.  Max’s father had tried to steer the family away from trouble but unfortunately come 1944 they ended up in the centre of imploding Germany.  Fortunately the intervention of an American GI tipped them off to get out of an area that was due to fall into the Russian zone.  What now looks like a movie script was a reality for them, typical of Max’s epic life.  The family then managed to get out of war torn Europe and start a new life in South Africa. 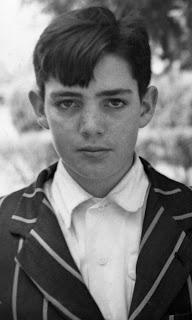 I do not know much more about this period of Max’s life other than he met and fell in love with Anne and by typical determination managed to remove the slight obstacle of her being engaged to someone else, and he went on to marry her in 1956.  Ten (?) years later, faced with the stagnancy of careers in insurance and teaching and being offered glamorous promotion they courageously made the shift to freedom and gave everything up to start a new venture with their young children Etienne and Jo-Anne, and headed for Anne’s parents’ farm to start an adventure and leadership camp for children that became Sun Valley.

My biggest recollection of Max is his incredible, indomitable will power.  When there were big projects, which there always were, come what may he would be on the building site, leading, pushing and grinding the project through to fruition with sheer, unstoppable determination – right at the rock face!!  I was always in awe of his staggering unflinching will power which made me feel like a will power cripple.  Despite this Max always encouraged people and led people through inspiring them to join in and help build his vision.  Max and Anne’s greatest talent was in engaging young people and inspiring them to fulfil their dreams and practically this involved opening up their home and Sun Valley to the young, many lost, and in a wide permutations of various crises.

Thus I found myself at the age of fourteen undergoing the solid character building task of having to fill up lorry loads of sand, wilting in the South African mid-summer sun with soft hands blistered at every point they encountered the shovel, nevertheless inspired by Max and Anne to build something new.  The standard alarm call for shirkers amongst the Sun Valley campers was, “Quick – pick up a shovel, here comes Max!!” 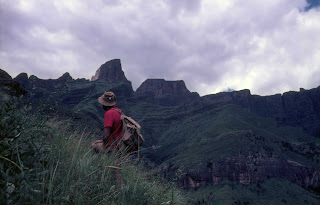 Awareness of history, of what happened - does not always teach us of the most glaringly obvious problem, at any point in time we cannot see the future, which history peruses knowingly as the past.  Having just got through the trials and tribulations of building up Sun Valley to point of success where now the family could enjoy having their own home, they then found themselves with history clumsily banging on the door in the form of Soweto Riots, brutal shootings, conscription for the young and looming chaos.  Once more Max found himself where a dark tyrannical, rock like regime, was ruining lives and trampling freedom. 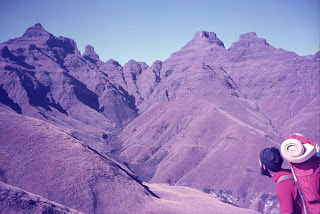 In true Max fashion he was not complacent and I can still remember the epic meeting we had and in strong Chairmanly manner he summed up the obvious, having got everyone’s opinions and concluded that we had to get out of South Africa.  It takes great courage to up and leave everything in your forties but that is what Max and Anne achieved and by providence and the blessing of Max’s Irish Grandmother, Mrs Ponsonby McCreight, we all ended up in Ireland a year later.  Blind History could not have foreseen the strange turn of events that would find us in Lisdoonvarna, County Clare, wood carving and painting.  Once more Max faced the grind of rebuilding, but this time by carving Celtic cross and Irish Harp bookends, which we young people unkindly but affectionately teased him about as he treated the wood like stone.  Some short time later, after further wriggles and twists of history, Max would find himself back on his favourite medium, a rocky outcrop near Sneem, where we started to build a new home and studios. 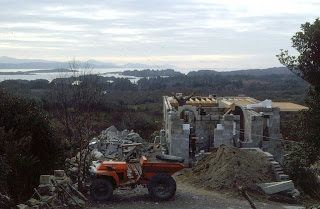 Take Sean Connery, Anthony Quinn and Yul Brynner and roll them into one and you have a kind of Max.  An international man, with authority, dynamic energy and charm engaged in epic struggles!  Max could pass for an Arab, a Jew, a Spaniard, an Iranian, in his last days he was like a Biblical grey bearded prophet.

He faced his last years with typical courage having to deal with terrible and unavoidable pain, probably the ravages of what cruel and unkind history had left on his body.

So our dear Max has moved on and I am sure he can now feel proud and satisfied as the Angels steer him through his life review, that like a latter day Moses, his earthly task has been well accomplished and he has left his family in a place of freedom and safety, and the love and encouragement he gave to so many young people, lives on in the inspiration he gave them.  I can hear the Hebrew Slaves’ chorus from Nabucco as an appropriate send off for Max:-

Fly, thoughts, on wings of gold;
go settle upon the slopes and the hills,
where, soft and mild,
the sweet air of our native land smells fragrant!
Greet the banks of the Jordan
and Zion's toppled towers.
Oh, my country so lovely and lost!
Oh, memory so dear and despairing!
Golden harp of the prophetic seers,
why do you hang mute upon the willow?
Rekindle our heart's memories and speak of times gone by!
Mindful of the fate of Jerusalem,
either sound a song of sad lamentation,
or else let the Lord give us the strength to bear our sufferings!