The people behind the portraits. Jane Burden- Morris. 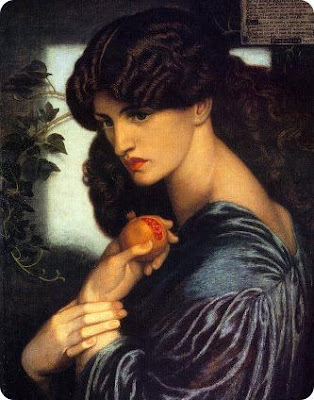 What's the first image that pops into your head when you hear the term 'Pre-Raphaelite?'


Is it William Morris wallpaper? 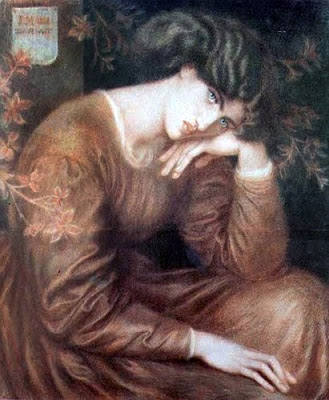 Her name was Jane Burden and she may not have looked happy but she did pretty well. The daughter of a stableman, she grew up in miserable poverty and was destined for a life of domestic servitude before she became engaged to...Wait for it... William Morris. She then proceeded to re-invent the hell out of herself in a way that would make Madonna do a double take.

For starters she learned about 5 languages, fluently, learned piano and generally poshed up to the point that no one knew she had ever been anything but upper class. Rumour has it that George Bernard Shaw based the character of Eliza Doolittle on her.

So here's the juicy part:

Morris painted her a fair bit...But when you think of that etherial, idealised goddess in the paintings, its not his paintings you're thinking of.

She was, of course, a model for her husband and also for his close friend and mentor . The charismatic , intense and slightly drug addled Dante Gabriel Rossetti.

Who ,in the movie, would be played by Colin firth.

One of the paintings: 'Astarte Syriaca'  was accompanied by the following verse:


Mystery: lo! betwixt the sun and moon     Astarte of the Syrians: Venus Queen     Ere Aphrodite was. In silver sheen   Her twofold girdle clasps the infinite boon   Of bliss whereof the heaven and earth commune:     And from her neck's inclining flower-stem lean     Love-freighted lips and absolute eyes that wean   The pulse of hearts to the sphere's dominant tune.    Torch-bearing, her sweet ministers compel     All thrones of light beyond the sky and sea     The witnesses of Beauty's face to be:   That face, of Love's all-penetrative spell   Amulet, talisman, and oracle, -     Betwixt the sun and moon a mystery.                        ----Dante Gabriel Rossetti

They were, of course, having an affair and poor William Morris was devastated. Incidentally Rossetti's wife, who he didn't paint half as often, Elizabeth Siddal...Killed herself. In the movie she would be played by that pretty, but insipid, red head one who would have been just perfect for James McAvoy's William Morris... If only the timing had been different!

The whole thing would be a Merchant Ivory production and it would be spectacular.
Posted by Di at 5:19 PM No comments: Links to this post 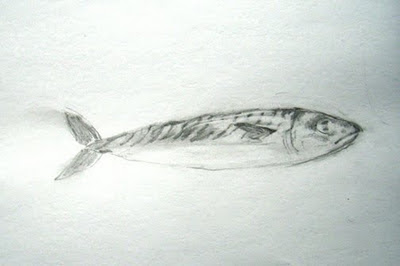 The first part of Jeffery's story , with a couple of sketches from yours truly, is up! I look forward to creating a painting based on this tale.